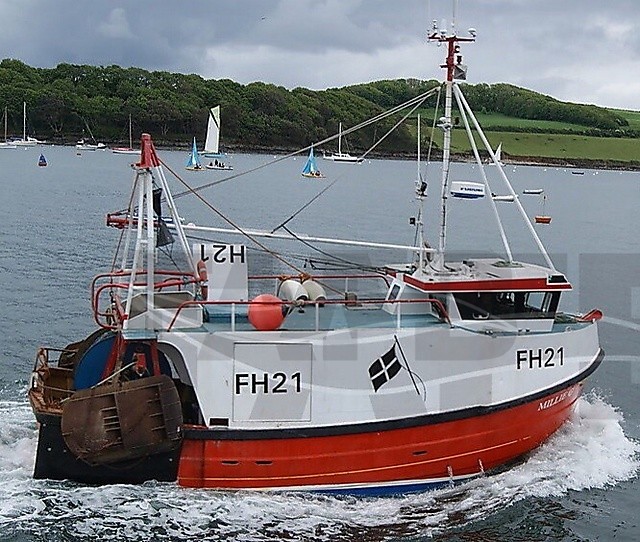 Under the shelter is a fish reception hopper with sorting table, a large net drum and a 3 ton twin barrel trawl winch. There is also 2” washdown jabsco and a fish/ prawn washer.

The boat is insulated throughout and there is accommodation forward for three people. This includes an Ebspacher heater/ blower, microwave, TV and sink. A gas
cooker and small fridge are situated on the starboard side of the wheelhouse under the shelter.